Since I wrote this last year, I left my husband, started a new career, focused on being mentally and physically healthy…Big changes. I took my own advice and as a result I feel morw than a year older, and wiser.

My Thought for International Women’s Day

After all, Gandhi said ‘Be the Change You Want to See in the World’ and for the mother of an 11-year-old daughter this seems as good a place as any to start.

As my daughter gets older, she certainly isn’t listening to anything I tell her any more – but she is watching every move I make. Like a hawk. Having spent so long focusing my attention on her, becoming invisible as mothers can tend to do, the spotlight is suddenly on me.

What am I showing her? What does the example of my life teach her? As she grows into a woman herself, what paths does she see ahead of her?

The thought of being a role model makes me briefly toy with the idea of giving my daughter a ‘How Not To’ Guide, something along the lines of

It’s actually harder than you would imagine. Seeing my daughter in floods of tears because her entire friendship group had not only ostracised her, but were ensuring that nobody else would dare to speak to her, I made the decision to remove her from the situation. It had gone on for 3 weeks and showed no signs of abating, as more and more people were drawn into the argument. Children, as everyone knows, can be vicious, and none more so than 13-year-old girls. I witnessed the notorious social media networks of high school kids in action, as my daughter told me people she hardly knew were ‘popping up’ and telling her she was wrong.

She was afraid to walk around her home town. ‘Everybody’ hated her.

The school could not solve the problem, but far from acknowledging that they had failed, they suggested I refer her to the doctor for help with her anxiety. They were concerned it was a sign of mental health problems.

I let her stay at home, and away from the glares of other children her confidence returned. She could still see the outpourings of hate on social media – but she could turn it off, at least. I hired a maths and science tutor. I (sort of) home-schooled her. She read books and did maths and science homework from the tutor, and drove my parents mad being monosyllabic and staying in her pyjamas all day. (Luckily I happen to be in the middle of one of my many life crises and am living at home with my parents, so I was able to continue going to work knowing she was not alone).

As things began to seem calmer, I stopped panicking about moving to another city to escape it all. We decided to apply for a transfer to a nearby school. I’m an 80s child – it’s hard for me to conceive of how wide and far-reaching is the grapevine of the 21st century. I was shocked when people my daughter knew at the new school suddenly stopped speaking to her.

It turns out we were not to be allowed to go quietly. The children at the school she had left behind were outraged that she had dared to walk away from them. They were spitting venom all the way down the road to the new school, so that that too was poisoned for her. The advantage of going quietly (it seriously pissed them off, without even trying) was somewhat outweighed by the revenge they took. All of the nasty gossip and spite would follow her when she moved. I quickly changed my transfer request, to yet another school, now further away (too far to walk) and my resourceful daughter found friends there too, her social network being again wider and more far-reaching than I could have imagined at her age. When the bullies tried to turn these girls against her, too, it didn’t work.

We have a meeting with the headteacher tomorrow and after that we go shopping for new school uniform. My daughter has it on good authority that she must wear a certain brand of shoe and have a particular colour bag.

I know she’ll never blend into the background – my daughter can’t do that – but I am quietly optimistic about this move. Sometimes, you can just walk away…

Things have got worse since my stepson used to steal my socks. Now I live with my parents, my Dad steals my socks.

I didn’t realise that this was happening at first. I am not a very tidy person and it seems that almost every item of clothing I own is black. Getting dressed in dim lighting, in what is effectively the middle of the night (although financial needs dictate that it is ‘time to go to work’), it is difficult to pick out a pair of black trousers from the pile of clean laundry, let alone a small item such as a sock.

I had noticed that my supply of black socks was dwindling, but thought that they must all be in the wash. Once I saw that I was down to my last pair, I checked the pile of dirty laundry, but there were none there. It was a mystery. Had they all gone in the wash, and if so why had they not come back? Or were they lurking in the shadowy corners of my bedroom? I needed to tidy the room to find out. After contemplating this task for about a minute, I decided to take a walk. I put on my boots and set off into the bracing cold of a January day. It wasn’t long before the terrible truth began to dawn…My right sock was slipping down from my ankle, working it’s way to the bottom of my foot. I felt the cold leather of my boot against my foot and stopped to unzip it and pull the sock up. Comfortable again, I walked a few more steps but the sock slipped down again. It seemed to have lost all its elastic.

Something had made my sock stretch. . This is when I realised that there are worse things than your 11 year old stepson (with the same size feet as you) stealing your socks, and that would include your 69 year old father (with considerably larger feet and a somewhat unappealing nail infection) stealing your socks.

I am now back to my old tactic of buying pink socks. It failed with my stepson, who likes wearing pink, but I don’t think it will fail with my Dad.

Awake at 5am today, it seems that Monday morning could not come fast enough for me. I love my commute into work. It’s a space in the day that is for me and me only. I queue with the hordes on the platform, waiting for the tram to arrive, hoping along with everyone else that when it stops the door is in front of me so that I am first to get on.

My stop is a school stop. Crowds of children tumble out of the tram, filling the platform. It’s hard to believe that they all fitted. People shuffle around within the tram, like atoms in a boiling kettle, spacing themselves out. I won at the game of roulette today – the spinning line of door/carriage/door/carriage stopped in front of me at – DOOR! I move decisively, a seasoned traveller now. I know where the spaces are to be found, further down the tram, alongside the seated travellers where there are hanging straps to cling onto and fewer people choose to go.

I have my Kindle in my hand already, I lift it in front of my eyes and the shoving, complaining hordes disappear. I cannot use this time in any other way. This is guilt free reading. I am not wasting time, I am not avoiding the washing up, I am not worrying about anything. I am travelling to work.

This, and the day ahead of me, is taken care of. I don’t have to steer or drive. I surrender to the journey.

My daughter has not been to school for a total of 3 weeks now, due to a fall-out with her friends which somehow escalated to the point that she is now a social outcast in school, and is too afraid to walk around outside our home in case she is Seen by one of Them.

I am utterly consumed by this situation, although I am maintaining a semblance of an ordinary life, for example I’m still going to work (and even doing work whilst there).

I have spoken to the Deputy Head of the school about the situation, I have sent her copies of threatening, abusive messages that were sent to my daughter, and I have taken these messages to show the parents. I have found myself observing their reactions in fascination. I have to remind myself that this is real and it is happening to us.

The message was indisputably horrible.

‘I spent all of Monday investigating it,’ said the Deputy Head when we went into school to discuss it, so that I almost apologised for the enormous inconvenience this must have caused.

‘Her friends were all absolutely shocked at the message,’ she continued ‘and they are very sorry.’

We were unconvinced that the children in question were shocked at a message that they themselves wrote. Also by the news that they were sorry.

‘They’re all calling me a snitch,’ said my daughter (who has access to social media and therefore knows what is actually being said out of earshot of the Deputy Head). This unwelcome piece of news bounced off her ears and was seemingly absorbed into the walls without going anywhere.

My daughter refused point blank to go to school from that day.

I have written emails to the Deputy Head to tell her what I think of her effectiveness and methods. I have also rung her to tell her. She simply corrects me.

‘No,’ she says ‘It isn’t like that. I didn’t say that. That is not the case. You have got the wrong impression.’

She also tells me that my daughter is being irrational and getting things out of proportion. There is no point in arguing with the Deputy Head, clearly. And little point in trying to make my daughter go to school. She wants to move school and to move area. I feel sulky and angry, wish I hadn’t suggested this to my daughter because we already moved twice last year and I’m tired of moving and I want to carry on living with my parents, where I feel looked after.

I don’t want to be a grown-up. A single parent again, unsheltered, in some windswept, Godforsaken Northern town…

I don’t want to make it too easy for the Deputy Head, who has not helped. I worried about getting a reputation with the new school – as difficult, liable to complain – would this affect my daughter? Yet I have tried playing by the rules. I have been polite, I have been compliant, I have tempered my complaints with praise for staff who ‘obviously mean well’, and this has not helped. I am being forced to move 10 miles down the road, away from the support of my family, because my daughter does not feel safe at school. Therefore I must complain, and this time I must complain to the right person. Somebody, somewhere has to at least apologise for this, surely?

*sense of humour may be absent for this post. It will return. 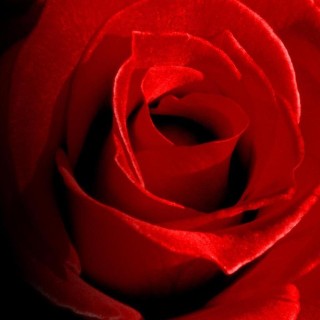 Compulsive writer trying to escape depression and anxiety. Also a mother and bread-winner, who spends most of her days trying to pass as a calm, well-adjusted and organised human being. (Sometimes I am so good at this I even convince myself).